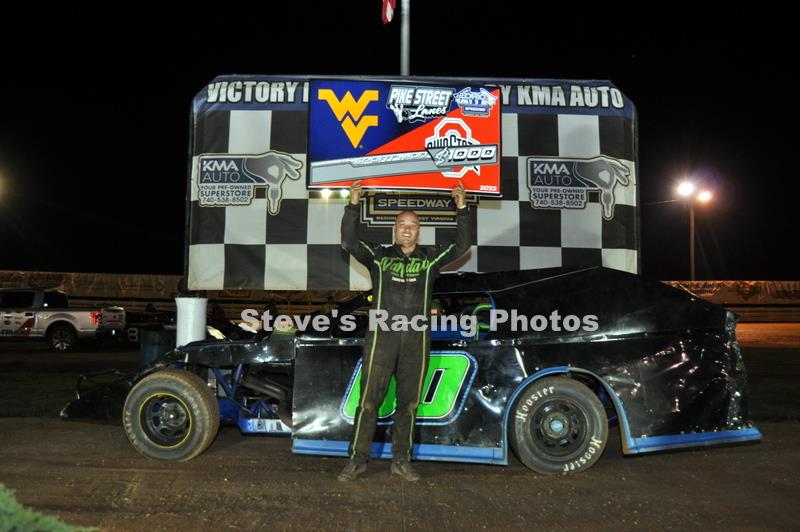 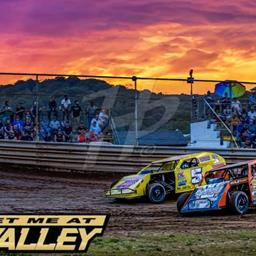 Mother Nature painted us a perfect Friday Night evening for another fun filled night of racing action at the Valley. A pit full of race cars would arrive on Kids Night and a fast and racy racetrack would treat fans to an exceptional night of racing. Picking up feature wins and trips to the KMA Auto Victory Lane were Cruz Vandall, Freddie Carpenter, KC Burdette, Toby Wilson, Bryson Long and Stephen Sutler.

It was the Pike Street Lanes Sportmods taking center stage in the running of the OH/WV Border Wars $1,000 to win special. Cruz Vandall of Charleston, WV in the #00 would pick up his first win of the season in the divisions special event. It would not be easy as Vandall would have to hold off a hard charging James Dennis who would drive from the 19th starting spot to second place. Following Vandall and Dennis to the pay window were Brandon Davis, Pat Garrett and Sonny Leek.

‘Fast’ Freddie Carpenter of Parkersburg would win one of the most entertaining features of the season in the Las Trancas Super Late Model class. The fastest ponytail in racing would vault off the front row with the ‘Big Unit’ Ed Shuman glued to the bottom of the speedway with Carpenter running the rim. The duo would run side by side swapping leads in fine fashion for the races majority with Shuman catfishing the bottom and Carpenter running his notorious high side. A late race caution would be what Carpenter would need to stretch the lead out during the races last five laps to secure his first win of the season at the Valley. Following Carpenter and Shuman across the stripe was Zach Hill who charged up from the tail, Harold Redman Jr. and Kevin Smith.

To say Parkersburg, WV’s KC Burdette is on a roll would be an understatement as the hotshoe would pick up his 7th win in a row at the Valley in the Polymer Services UMP Modified division. Holding off another strong cast of contenders Burdette would best Kyle Bond, Chad Roush, Larry Bond and Booger Garnes.

Different driver same old story for the 22mc machine in the Bill’s Auto Salvage SCDRA 4 Cylinder division. As the 2021 Sportmod track champion Toby Wilson would fill the seat of the Jacob McDaniel owned hot rod and park it a week after McDaniel sat in Victory Lane. Following Wilson across the stripe was Sam Dickel, Nick Ley, Matt Schofield and Patrick Willbarger.

Kicking off the evenings action was the Mike’s Auto Body WRA Mini Wedges and the track sponsored ‘King of the Valley’ events. In the Young Gun main event it was once again Bryson Long notching win #9 on the season ahead of up and comer Karson Burdette and Ryder Parsons. In the Veteran Feature event it would be Stephen Sutler garnering win #3 of the season and heading to the KMA Auto Victory circle over Colin Knox and James Bailey.

Be sure to join us next Saturday Night, August 27th as the Valley will play host to one of the biggest shows of the summer, the 4th Annual Keith Barker Memorial for the Las Trancas Super Lates paying $5,000 to win. A great race in honor of a true friend of racing and the Valley’s #1 fan as the regions best Super Lates square off for the $5k and the ‘Hat’. Plus it’s the $700 to win Mid-Ohio Valley FWD Championship presented by Sycamore Home Inspection, LLC. Also racing in the Polymer Services UMP Modifieds, Pike Street Lanes Sportmods and Mike’s Auto Body WRA Mini Wedges. Gates open at 4pm, wedges at 6pm, hotlaps/qualifying at 7pm. General admission is $20, kids 10 and under and Pits are $35. 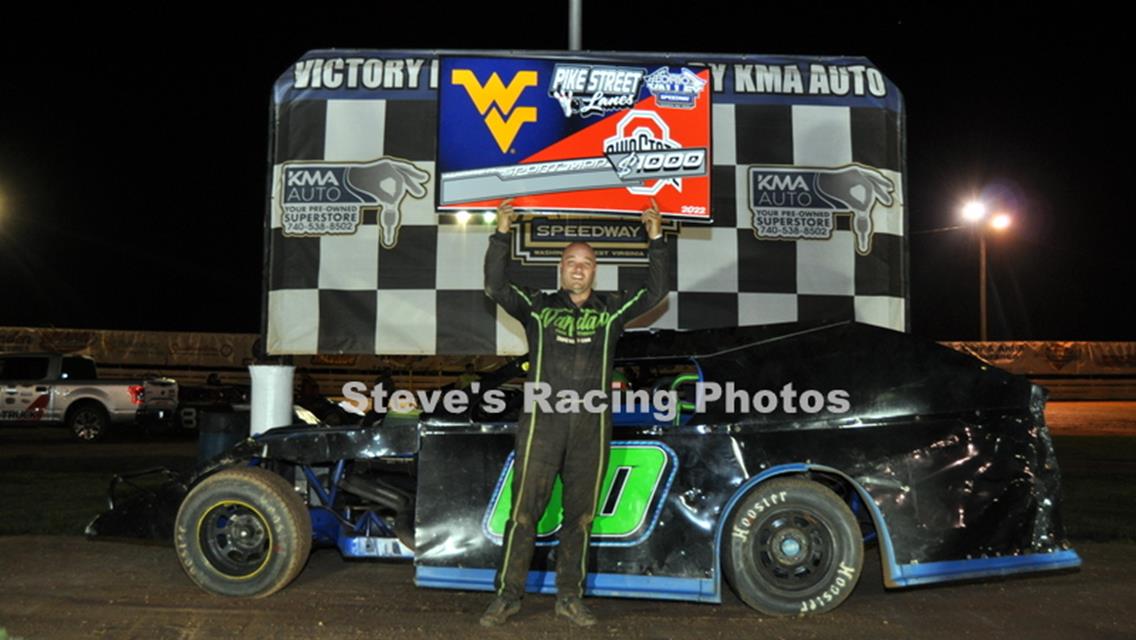 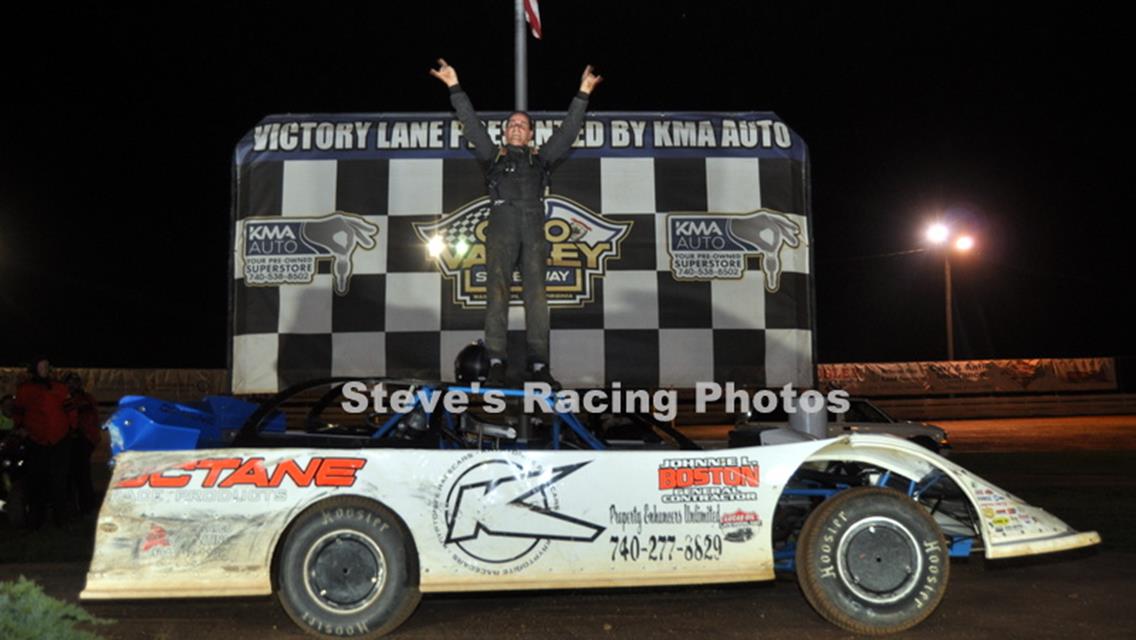 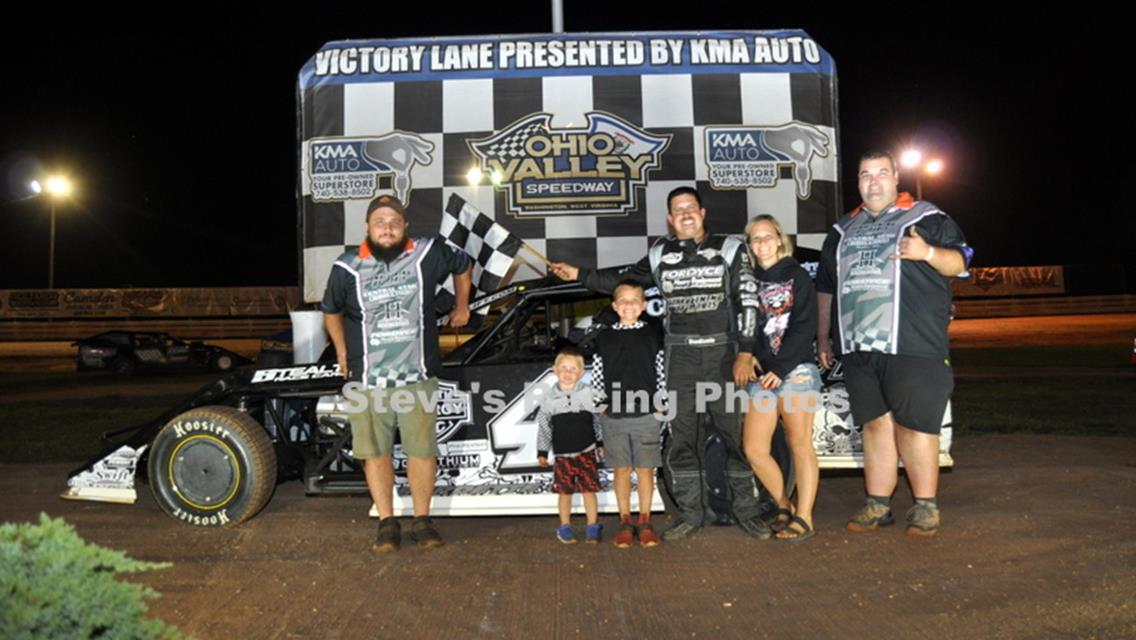 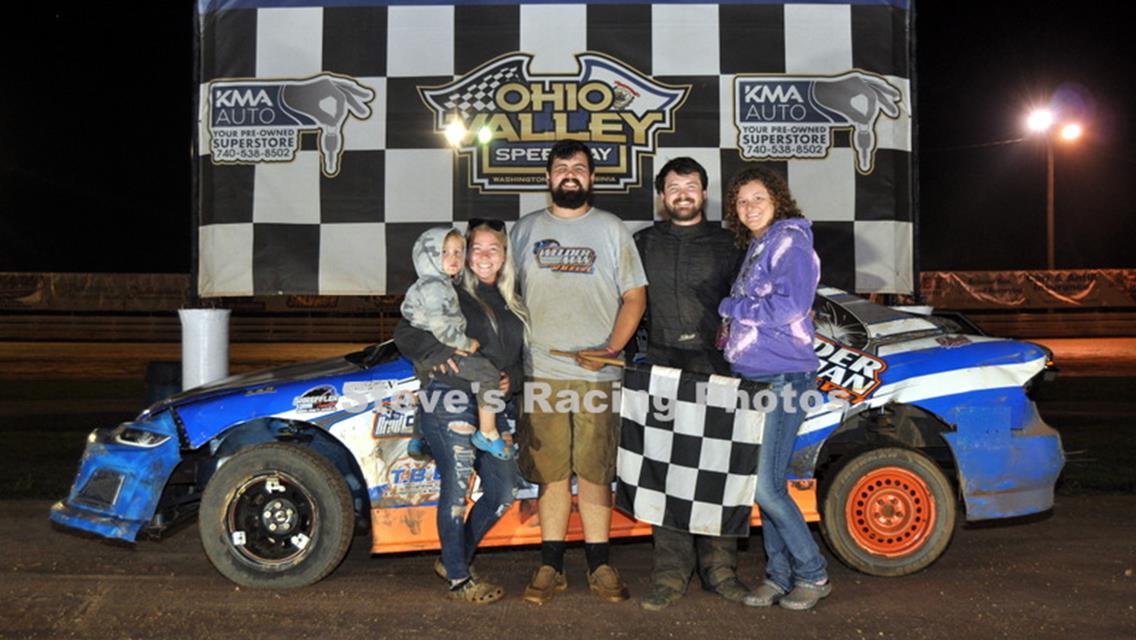 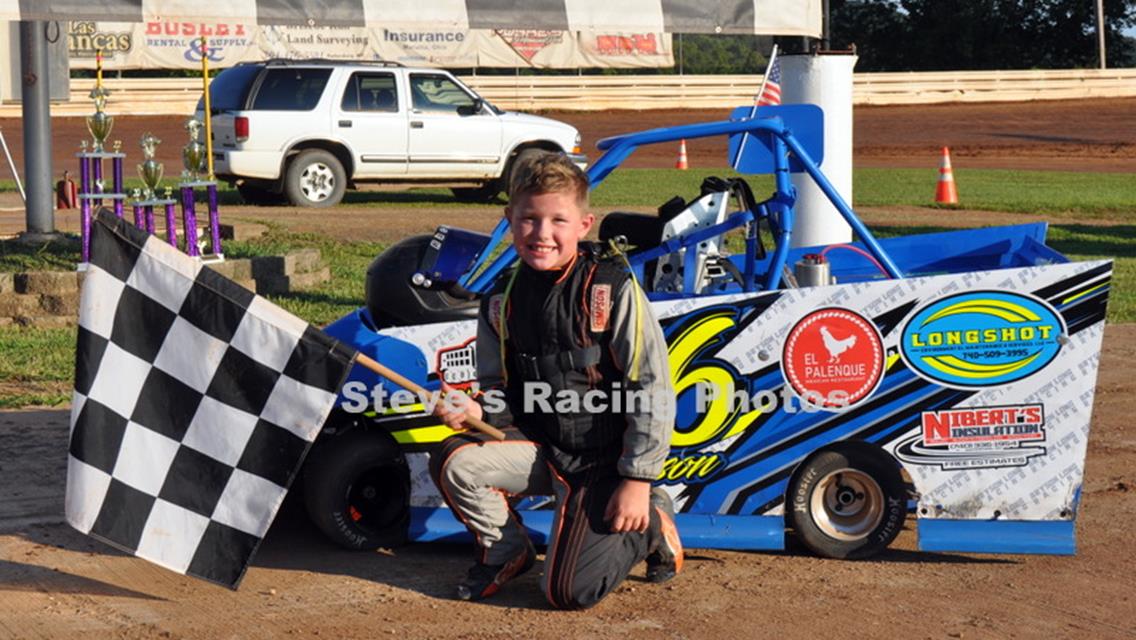 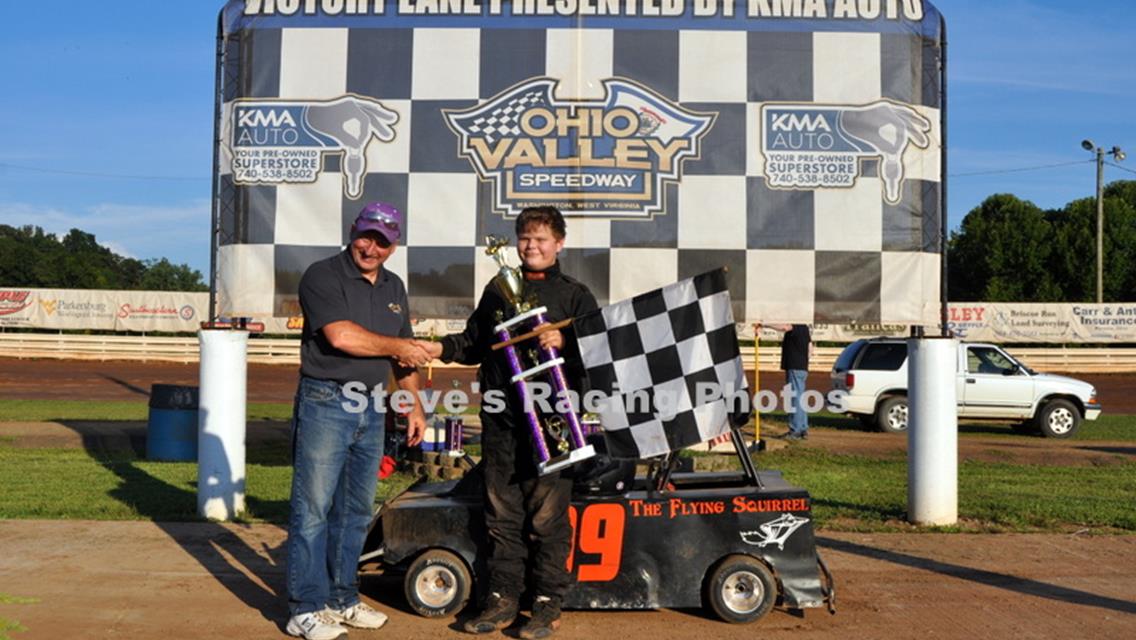 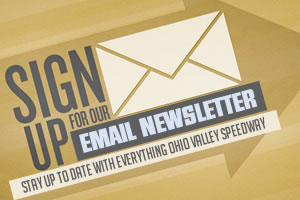 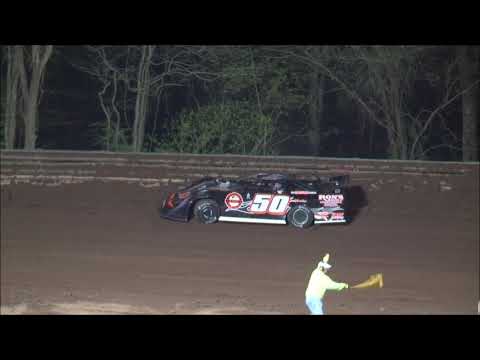 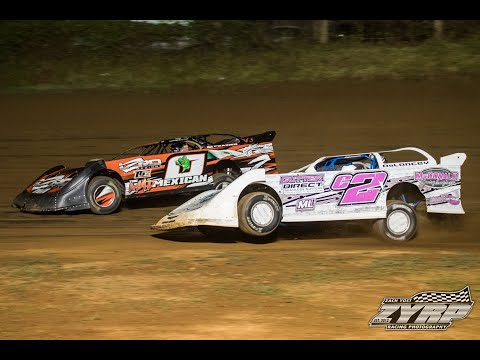 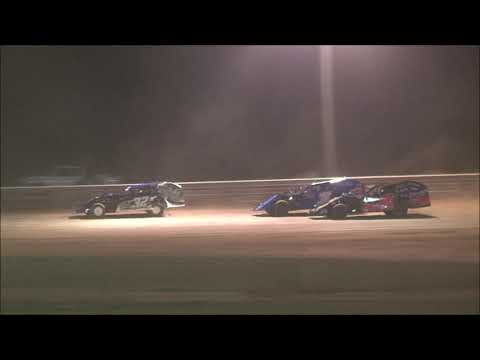 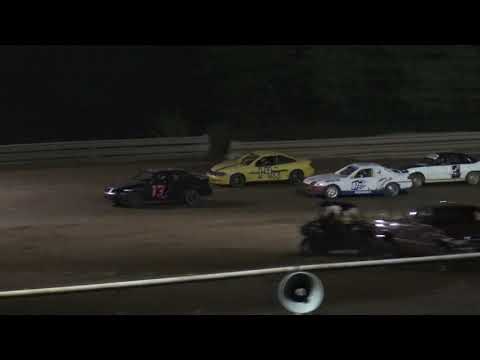